The Archived Forms folder is used to hold forms that should not be used in current appraisal documents. They are still needed to allow ClickForms to open old files that used these forms.

Files are Archived for several reasons:

If you use one of these forms in a report it will appear as red in the Forms Manager. 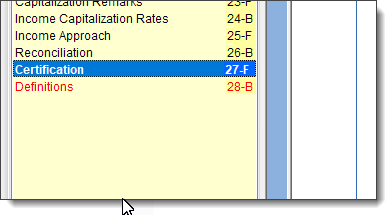 If you have a template, or clone a report that contains old archived forms, AgWare recomends replacing them with their current versions on new appraisals.